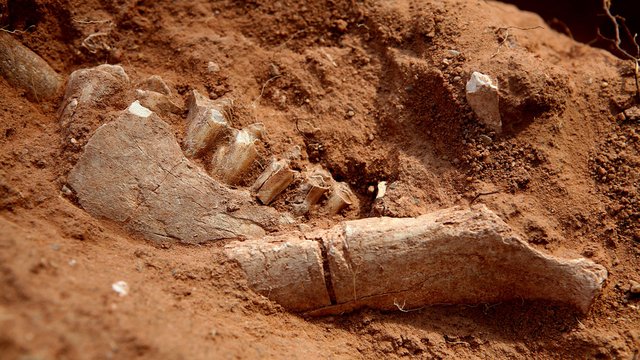 Time Team America used laser ablation to sample tiny bits of tooth enamel from the bison remains at Badger Hole. Once the samples were ready we used accelerated mass spectrometry to analyze the

trace elements within that tooth enamel, which gave us incredible information on where the bison had been, what it had been eating, and how and when it had moved across the plains, etc. The use of laser ablation is a convenient and appropriate tool because the sample itself is directly analyzed and does not have to be chemically treated. Very small samples are needed (in the range of micrograms) and when the sample is obtained from a glass bead or tooth, for example, this will be invisible to the naked eye. This means that the analysis is relatively non-destructive, which is important for preserving archaeological remains.

The analysis of the material is most often performed through the use of Inductively Coupled Plasma – Mass Spectrometry (ICP-MS). This mass spectrometer can analyze multiple elements (e.g., tin, lead, iron, titanium) at one time and can also detect these elements in very small concentrations (e.g., ppm/ parts per mil). So in cases where trace metals that are not "local" to a particular area are detected, as in the case of the bison teeth at Badger Hole, this will indicate that the animal had spent time elsewhere during the period that its tooth was forming. This is informative about animal migrations and movement patterns, which in turn can tell us about human responses to these movements.