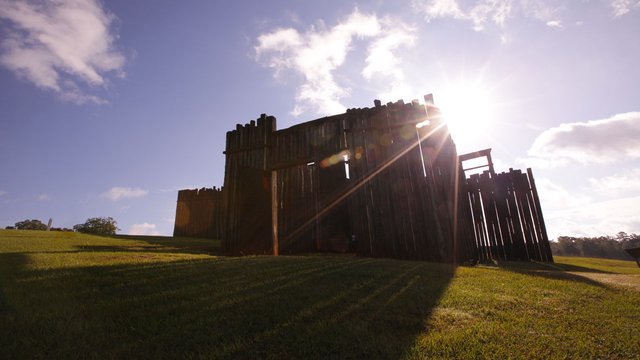 The Team, archaeologists from the Georgia Southern University, and a wonderful group of local volunteers, braved alligators, snakes, and snapping turtles in a 42-acre park in the heart of Georgia in order to help researchers illuminate some of the more tragic moments in the history of the American Civil War. The Lost Civil War Prison, Camp Lawton, was rediscovered in 2009 by Georgia Southern University's Department of Sociology and Anthropology in what is now the Magnolia Springs State Park. The 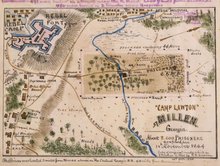 park and a fish hatchery were built in the 1930s by the Civilian Conservation Corp (CCC), and it was long assumed that this twentieth-century development had erased the fragile traces of the briefly occupied prison camp. The first long-term archaeological investigations into Camp Lawton began in 2009 with surveys guided by the recently discovered Sneeden Maps. Archaeologists at the park surveyed the area using GPR in an attempt to locate the prison's stockade wall, and excavations began in earnest in January 2010. Lead Archaeologists, Kevin Chapman, and Sue Moore, of Georgia Southern University invited Time Team America to help locate that illusive prison wall that once served as a powerful physical and political barrier between the North and the South.

Documents, war records, and the detailed Sneeden Maps have provided archaeologists and historians with a lot of information about the occupation of Camp Lawton. However, while we may know dates and names, there is a lot left to learn about the men who lived and died at the prison. In order to understand the human story of the site, we wanted to help Georgia Southern University figure out the layout of Camp Lawton by using archaeological features to anchor the historic maps of the camp into the modern landscape.

With less than 72 hours to cover more than 42 acres, the Team enlisted an army of scientists to help answer some of the more central questions about the site:

Where did the Confederate guards and officers live outside the walls?

The Team had to cover a lot of ground looking for the Lost Civil War Prison. To find out how it went read “What We Did & What We Learned."