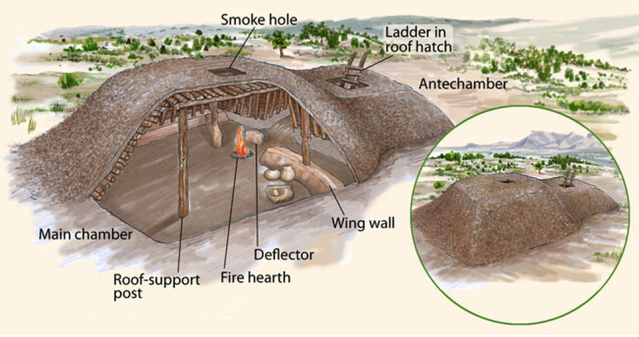 Basketmaker III is one of eight developmental periods that archaeologists created to classify the remains left by the ancestral Pueblo Indians of the Four Corners region. 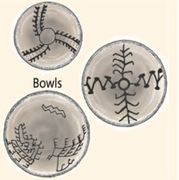 Basketmaker painted pottery vessels; Pen-and-ink drawing by Lee R. Schmidlap, Jr., courtesy Crow Canyon Archaeological Center The terms in the period names, Basketmaker and Pueblo, come from archaeological remains and stratigraphic evidence discovered during excavations at very well preserved cliff-alcove sites. Archaeological remains left by people who had no pottery were found at the deepest (and therefore oldest) levels excavated in the cliff-alcove sites. Archaeologists gave them the name Basketmaker because beautiful baskets were the most notable artifacts left by these pre-pottery people.

The remains of pottery-making people were found above the pre-pottery remains. Archaeologists have found ample evidence that these people are the ancestors of today’s Pueblo Indians. Thus archaeologists assigned them the name Pueblo. 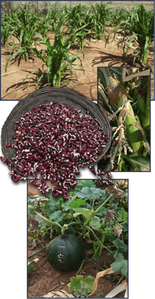 Corn, beans, and squash; Photos by Joyce Heuman Kramer and (corn inset) Joyce Alexander © Crow Canyon Archaeological Center The Dillard site dates to the Basketmaker III period and is characterized by population growth and the introduction of a settled lifeway. Like their Basketmaker II ancestors, Basketmaker III people were farmers who grew corn and squash. However, they added a new crop, beans, to their fields. They lived in small villages and also are distinguished from the earlier Basketmaker II people by their gray and brown pottery (for cooking beans), gray pottery painted with black designs, bows and arrows, trough metates (used for grinding corn).

However, unlike the Pueblo I people who followed them, Basketmaker III people did not live in above-ground habitations; nor did they have white pottery painted with black designs, red ware pottery, or domesticated turkeys. 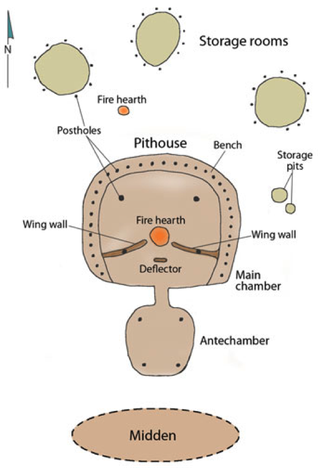 [1] Basketmaker I is the name reserved for a postulated group of pre-agricultural people. The Basketmaker I name was never used. Instead, later archaeologists named these people “Archaic.”