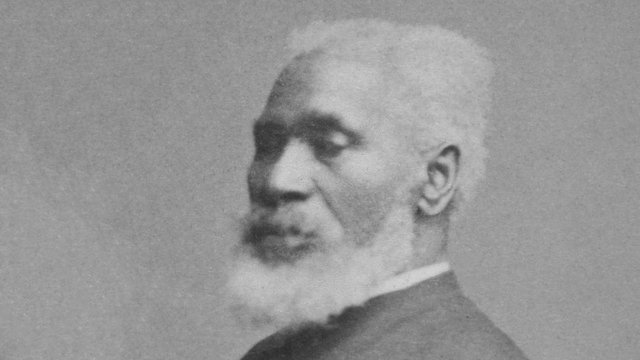 Time Team America headed to the tiny historic plantation tucked away in a suburb of the nation’s capital in order to learn more about a very special man in American History, Josiah Henson.  We were invited to the site by Heather Bouslog of the Montgomery County Parks department in order to help them find evidence of Henson’s time at the Riley Plantation.  In 1849 Henson penned a powerful memoir that is believed to have played a significant part of the inspiration behind Harriet Beecher Stowe’s Uncle Tom’s Cabin. Uncle Tom’s Cabin, which was the best-selling novel of the 19th-century, is known to have helped galvanize the abolitionists cause, which led to the Civil War.

While Henson might not be a household name, he nonetheless played a pivotal role in American History.  Much of Henson’s influential memoir was written about his time at the Riley Plantation, his role while there, and his subsequent escape.  With Henson’s own account as inspiration, we wanted to see if we could help find archaeological evidence linking the modern landscape with the early nineteenth century plantation that Henson worked and called home with his wife and children.  The original Riley house and nineteenth century log kitchen, historical documents, and some promising leads from earlier excavations provided a good starting place to ask, and hopefully answer, some significant questions:

The plantation has surprisingly survived as the area transformed from open agricultural land to an urban neighborhood. In 2006 Montgomery Parks purchased the property containing the historic Riley Plantation, and began working towards developing the property into a public museum highlighting the life of Henson and the history of slavery in Maryland.  Research at the Riley plantation began in 2008, and included archaeology and an evaluation of the historic Riley home.  Dendrochronology samples taken from the log kitchen attached to the main building indicated that the building construction dated to 1850. While this post-dates Henson’s life on the farm, researchers believe that this kitchen could have been built on top of the original kitchen’s foundation.

In 2009 the Park department purchased an adjoining property in order to create a larger historical park, and began working on a master plan for the Josiah Henson Special Park.  A National Park Service grant aimed at Saving America’s Treasures was received to help pay for park improvements and preservation.  The Josiah Henson Special Park is now listed on the National Register of Historic Places.

To find out what happened when the Team went in search of Josiah Henson, right in the middle of a bustling suburban neighborhood, read “What We Did & What We Learned.”