Director of the Archeology Laboratory; Professor of Anthropology Augustana College 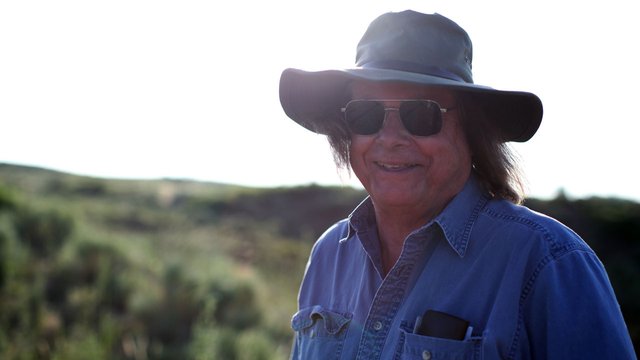 Dr. Hannus has worked in the Great Plains region for 40 years and has also conducted archeological field projects in Egypt, Mexico and more recently southern France.

His research interests include Early Peopling of the New World; Communal Land Mammal Hunting and Butchering; Experimental Archeology and Man and Culture in the Pleistocene. During the last 30 years he has directed a series of investigations in the White River Badlands of South Dakota, including excavations at the Lange/Ferguson site, a Clovis period (12,200 years before present) mammoth kill/butchering locality.

During the last 10 years Hannus and his team have achieved the funding to establish the Archeodome Center at the Mitchell Prehistoric Indian Village site in Mitchell, South Dakota. The Archeodome is a teaching/research facility that allows the public to interact with the archeologists. The 2013 field season at the Mitchell Prehistoric Indian Village Site celebrated a decade of joint research between the Archeology Laboratory of Augustana College and the Department of Archaeology at the University of Exeter, Exeter, England.

Dr. Hannus began a new Major in Anthropology at Augustana College with an emphasis in Archeology in the fall of 2008. This exciting Major requires students to spend one year abroad in the Department of Archeology at the University of Exeter, Exeter, England.

Hannus served as the principal archeologist in the first season of Time Team America, a production of National Public Broadcasting. The pilot series of five one-hour programs aired nationally in 2009.

Folsom Hunters & the Atlatl
Adrien Hannus talks about Folsom hunters and the atlatl, a device which helps propel a spear further, faster, and more fatally than a human arm can alone. This device was created and used by prehistoric people more than 10,000 years ago, and it’s an example of evolving technology from ancient times.
Stone Blade Surgery
Dr. Adrien Hannus is a professor of anthropology and the director of the Archeology Laboratory at Augustana College. Adrien is always looking for ways to show his students that the people of the past were more technologically advanced than we give them credit for. So, to demonstrate the sharpness of stone tools, he elected to have major surgery done with obsidian blades rather than steel scalpels.

Mystery of the Cooper Skull