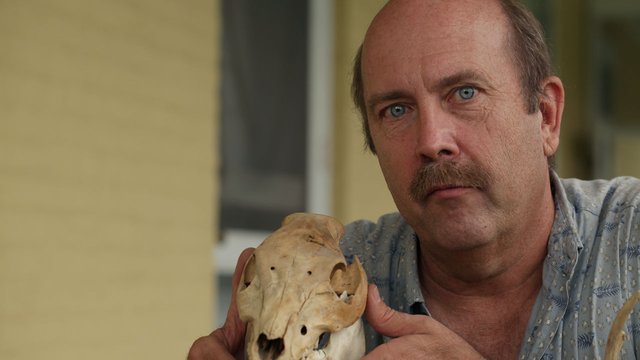 Ed always wanted to be an archaeologist, ever since he was a kid. While he was a student in field school, Ed began cleaning fish on the docks for extra money. It didn’t take him long to realize that all of these spare fish heads were connected with his passion for studying the past. He began boiling the specimens and examining the bones.

Years later, Ed has over 400 species in his faunal collection, including a passenger pigeon which is now extinct and very hard to come by. He claims that in the middle Atlantic region he has the largest faunal collection outside of the Smithsonian. The larger the collection the better the resource for a comparative study of bones.

Deers, turkeys, racoons, cows, pigs, chickens… archaeologists call on faunal analysts like Ed in order to learn more about the food ways of the people who used to inhabit their site. For Ed, identifying the bones is like doing a really fun puzzle, but the analysis that happens afterwards is what he really enjoys. Animal bones help him understand human culture, and that’s why they satisfy his life-long love of archaeology.

Zooarchaeology
With a name like Dr. Otter, it’s no wonder that this Zooarchaeologist loves fish bones. Edward likes all animal bones really, but fish are his favorite. Archaeologists rely on scientists like him to identify the animal bones on a site. These bones can reveal important clues about the people who lived there.

Mystery of the Cooper Skull