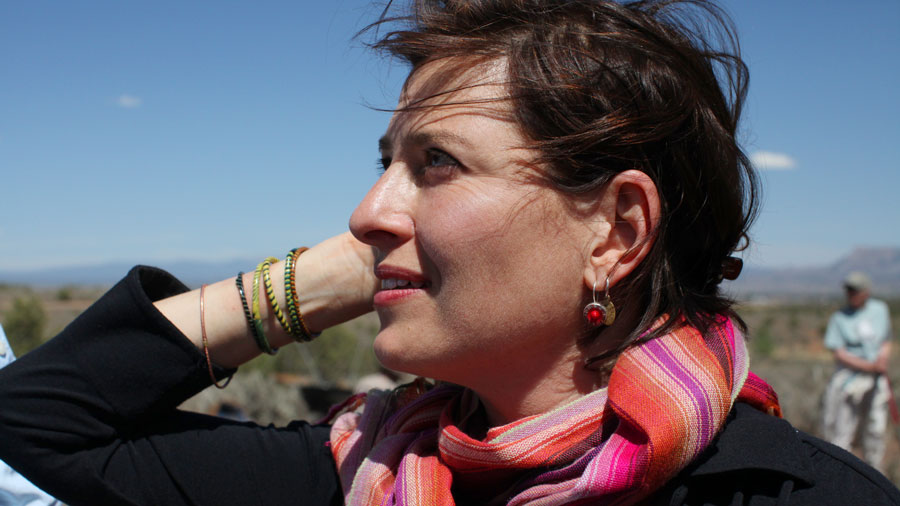 On site with Justine Shapiro »

Justine Shapiro is a documentary filmmaker, a travel television host, and mother. Justine was born in South Africa and grew up in Berkeley, California, and has spent time in more than 40 countries around the world. She majored in history and theater at Tufts University although her declared major was...archeology! Justine has long been fascinated by the ways in which ancient objects can reveal human stories that so often connect to modern life. Her genuine desire and curiosity to learn more about people and places in the U.S. around the world makes her the perfect guide into the fascinating world of archaeology.